Why Vaporizer is the Best Way to Smoke

Believe it or not, the era of ‘vaporizing’ is upon us and smokers are turning to the vaporizer’s claim to keep certain illnesses associated with traditional smoking at bay and their health in check.  Is the vape pen it the next best thing? Only time will tell but until then…we think it is.

With that said, let’s choose a subject and dissect the harmful effects of the ACT of smoking it.   And the winner is Cannabis… aka marijuana, hemp, pot, weed, grass, hash, ganja.

The most immediate negative impact of smoking cannabis comes from the inhalation methods that the smoker exposes themselves to on a regular basis. Lighting the buds of marijuana is a necessary way of reaching the temperatures required to release the various compounds that give cannabis its kick or potency.  The danger of the act is that the effects of combustion causes significant damage to the respiratory system, sometimes even irreversible damage. On its own, smoke inhalation delivers damaging carcinogens (an agent directly involved in causing cancer) and an attack of other damaging materials directly into the lungs. The most immediate and noticeable effect is the irritation of the windpipe, but long-term exposure to any source of hot smoke is unnatural to the body and very hard on the lungs.

So smoking your very favorite cigarette, cigar or pot regularly gives you the worst results like damaged lungs and endless hospital bills. If you are looking to quit smoking cigarettes and find a healthier alternative for marijuana, your best choice would be the triple use vape pen. It comes with three tanks and chamber for your nicotine/non-nicotine e-liquids, dry herbs, and your concentrates. So now you don’t need to lug around a vaporizer for a different ask.

A dry herb vaporizer on the other hand, thanks to our innovators, is a device used to vaporize the active ingredients of dry plant material, commonly cannabis, tobacco, other herbs or blends for the purpose of inhalation.

It is essential for you to grind your herb prior to vaporizing, and for that you need a grinder. It can be hard to find the best grinder for vaporizer, but I would recommend checking out BestGrinderGuide.com where they compare all the best grinders such as the Space Case and Mendo Mulcher.

Vaporization is an alternative to burning (smoking) that avoids the inhalation of many toxic and cancer-causing by-products.

To break this down even further, it functions by heating the cannabinoids to their boiling temperature and instead of the buds burning and producing clouds of smoke, a vaporizer dehydrates the buds and causes them to release their juice of active ingredients, which in cannabis would be tetrahydrocannabinol, or thc.   The extracted vapor may be collected in an inflatable bag, or inhaled directly through a hose or pipe. With no combustion happening, the irritating and harmful effects of smoking and secondhand smoke are greatly minimized.

Studies have been conducted showing that vaporizing marijuana exposes the user to lower levels of toxins than actually smoking it.  A 2007 study by University of California, San Francisco, published in the Journal of the American Academy of Neurology, founded that “there was virtually no exposure to harmful combustion products using the vaporizing device.”   What this means in more simple terms is that the vaporizer completely eliminates every last chemical that is directly associated with burning the buds of marijuana. Carcinogens can be found emanating from something as harmless as a campfire. The primary difference is that patients and enthusiasts expose themselves to smoke so regularly that they put themselves at risk, and this is compounded by rolling the buds up in papers, as the burning of paper also releases additional carcinogens. There are also superficial benefits of vaporizing rather than smoking.  Firstly the horrid byproducts of smoking are eliminated.

Clogged pipes, ashtrays and resin buildup is eliminated and the teeth no longer become stained by hot smoke.  Depending on your sense of smell, the putrid scent associated with burning is hugely reduced. While the scent though isn’t entirely eliminated, it does not linger as long as smoke and as a result, the smell also does not carry as far. This is a big benefit if you have to feed your habit undercover.  Vaporizing also prevents the smell from accumulating in furniture, clothing, curtains your hair and is also much more neighbor-friendly. 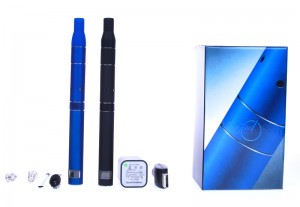 The ultimate benefit of using a vaporizer?  You will definitely live longer. 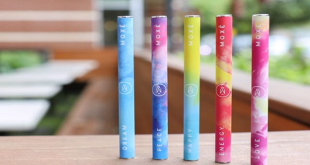 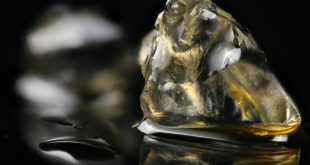 How Cannabis Concentrate Can Help You

It’s Settled! Here’s the Most Efficient Way to Smoke Weed

Vaping Could Save Millions of Smokers

Tobacco smoking or smoking anything, for that matter, is something that people grow addicted to …

Louisiana: Governor Signs Bills Into Law Facilitating Expanded Cannabis Access for Patients
A Founder Looks at 50: The Important Role of Medical Experts in Support of Legalization
CDC Still Soliciting Comments Regarding Chronic Pain Management Solutions
A Monumental May for Nevada NORML
NORML Letter to NIDA: Prohibition Must Be Recognized as More Damaging than Marijuana Itself