Why is Medical Marijuana Becoming So Popular in the Healthcare Industry?

It almost feels like medical marijuana is making waves in every corner of the healthcare industry. It has become increasingly popular as more states legalize the consumption of the plant for medical purposes. Medical cannabis has been looked to as an alternative source of treatment for a number of ailments due to the healing components of the chemical compounds contained within the wonder plant.

It is not changing the industry for the worst, but rather helping it improve and reach more patients than ever before. The plant has the ability to revolutionize the way we view healthcare as a whole.

Most people know that marijuana elicits a “high” from the consumption of THC, a chemical compound with purported health benefits contained within the cannabis plant. Lesser known is CBD.

Cannabidiol is another chemical compound contained within marijuana that does not have any psychoactive elements.

Essentially, you can receive many of the plant’s health benefits without the “high” that’s often associated with the plant’s consumption.

Marijuana is known to have more than one hundred compounds. We are learning more about the plant every day. Cannabidiol is one of its more famous chemical compounds. Cannabidiol does not need to be extracted from marijuana, hemp extract oil also exists.

The chemical compound has been shown to have numerous health benefits backed by scientific studies. As noted above, cannabidiol does not produce the same “stoned” feeling as THC gives. There are also different forms of cannabidiol that can be ingested orally, inhaled through a vape, or even as an edible. Check out this more comprehensive overview to learn more about CBD benefits.

If you’ve been paying attention to the news lately, you’re more than likely aware that there is an ongoing opioid crisis within America. It is one of the largest health issues the United States has combated in decades. The number of opioid-related deaths has skyrocketed. It was estimated that over 64,000 individuals died due to overdose in 2016 alone. Medical Marijuana is helping reduce the high number of opioid-related deaths.

Medical cannabis offers an alternative form of pain treatment that isn’t physically habit-forming. You also can’t overdose from cannabis. Doctors in states where medical marijuana use is legalized are less likely to prescribe addict-forming pharmaceutical drugs like Percocet or Codeine.

The quality of life has also improved in patients diagnosed with ailments like MS, HIV, and epilepsy.

Before, individuals suffering from chronic pain largely were dependent on drugs containing opiates. This is no longer the case. Many patients can now turn towards alternative treatments like medical marijuana to manage their pain while minimizing side effects. Medical cannabis allows the patient to lead a more or less functional life without having a crippling dependence on an opioid medication.

Recently, Harvard University conducted a study on the effects of medical marijuana with patients suffering from chronic pain. All participants were reported to have shown some sign of improvement in their pain symptoms. While this may not work for all patients with chronic pain, if it can even reduce the reliance on opioids we can consider the plant to be a big benefit to society, especially with regards to the ongoing opioid crisis.

Patients suffering from chronic ailments often find themselves limited to a select number of treatments. With medical marijuana, this is no longer the norm. At times, patients will find the treatments offered are not sufficient for their needs. Medical marijuana can be effective in managing chronic pain and even ulcerative colitis. Oxford University released a study in which medical cannabis has the potential to hinder the loss of brain activity within individuals suffering from symptoms of Alzheimer’s. Additionally, the study saw that medical marijuana consumption lowered the number of seizures by 40-50% within children suffering from different forms of epilepsy.

Medical marijuana can be used as a pain management therapy for individuals suffering from ailments that do not allow them to take regular pain medication. This can include people suffering from acid reflux disorder.

Also, even though marijuana was long touted as a “gateway” drug, it is in fact known to be more effective as an “exit” drug for individuals suffering from physical addiction to tobacco, alcohol, and opioids. Medical cannabis can help reduce the deadly symptoms associated with withdrawal.

In addition to reducing the demand for painkilling drugs, medical cannabis also has the potential to reduce the need for mental health medication. Just like above, doctors in states with legalized medical cannabis dole out fewer mental health prescription drugs. While medical marijuana isn’t effective on its own, it has been shown to be a good source of supplemental therapy for patients suffering from depression and anxiety. This comes without the negative side effects that occur when taking many mental health medications.

While it may not work best for you, it is best to consult your physician before making a decision as to whether you should take medical cannabis as a supplement to your mental health treatment. In some cases, patients with anxiety actually feel their symptoms intensify after ingesting THC.

Medical marijuana has the ability to revolutionize your life. Just be sure to consult a doctor before consumption. This is especially important if you’re already on some sort of medication or suffer from a mental health disorder. The more we learn about marijuana, the better we’ll be able to use it effectively as a treatment. 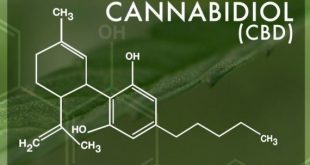 There’s somewhat of a debate going on in the legal marijuana world. More specifically, it’s …