Marijuana and alcohol are equally addictive. In fact, around 10% of people who smoke weed will become addicted to it. This means that 90% of people can use weed for recreational purposes, but for the other percentage of people, weed is not harmless.

People who are addicted to weed have a hard time controlling their usage. Although they know weed can impact their life in a negative way, they will still use it. There are many people who enter into luxury drug rehab to help them with their weed addiction.

In one study, 2,446 participants between 14-24 were followed for four years. About 10% met the addiction criteria for weed, while 17% experienced withdrawal symptoms when they stopped using the drug. Furthermore, 14% of those participants had a hard time control their marijuana usage. Around 13% still used weed even though they had issues with their health that was related to their use of weed.

Believe it or not, quitting weed is one of the hardest drugs to quit. It’s not because it’s more addictive. It’s because weed is often seen as a final vice, in the eyes of addicts.

If you want to have a successful recovery, then you have to quit weed. If you still use weed, then what you’re really saying is you are not serious about changing your life, and you aren’t interested in finding new ways to escape or relax. When this happens, then nothing has really changed.

In 18 to 25 year-olds, there were significant brain abnormalities present. They were found in those who smoked weed once per week, at the minimum. The parts of the brain that were affected was the emotion and reward areas. This means that casual weed use can actually increase your chances of picking up other addictions in the future, and you might have a harder time dealing with your emotions.

In another study, which followed 1,000 people who started using weed when they were adolescents, the results revealed that weed is neurotoxic. Researchers compared the participants’ IQ when they were 13 and when they were 38, a period in which the IQ would either remain stable or increase slightly. However, IQ among regular weed users declined on a average of 6-points.

Not only that, but quitting weed didn’t completely restore the damaged done. This lead to researchers claiming that the drug is neurotxic to adolescents’ brains. In short, weed can affect a person’s IQ.

One study revealed that users of weed are more likely to develop depression. In fact, they are four times more likely. In 16 years, researchers looked at over 1,900 people, and this is how they came to that conclusion.

In another study, just over 1,600 students (between ages 14 and 15) were followed for seven years. Around 60% of them already used weed by the time they turned 20 and seven-percent started using weed daily. The women were at a higher chance of developing depression.

Weed has been found to increase the chances of a person developing psychotic symptoms. This has been shown in a three year study. It followed over 4,000 people who were psychosis-free.

Share
Previous Are There Any Side Effects of Delta 8 THC? Here Are the Facts 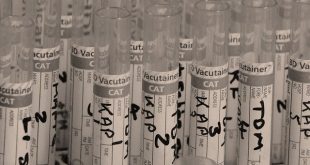