Breaking News
Home » Medical Marijuana Blog » Health » What Is Medical Cannabis Oil And Why Is It Legalized?

What Is Medical Cannabis Oil And Why Is It Legalized?

CBD oil, it is a must-have product that everyone’s talking about but it can really improve your health? While the legalization of cannabis oil is one of the most frequently debated topics of the time.

The product like CBD oil which is also known as cannabis oil or cannabidiol have increased rapidly in popularity. According to statistics, the number of cannabidiol consumers was increased from 125,000 in 2017 to 250,000 in 2018.

Moreover, these products have also gained popularity in the medical field. According to a report by WHO, CBD may help treat symptoms relating to Alzheimer’s Disease, Parkinson’s Disease, MS, pain, anxiety, depression, cancer, and diabetic complications.

While if you are taking CBD oil for the treatment of these diseases then you can buy CBD oil from allabouthemp.co.uk at the lowest possible prices. But do you know what exactly CBD oil is and can it make a difference to your health?

When Did Cannabis Become a Medicine?

Cannabis has been used a medicine for thousands of years across the world. While a common form of medication was also used in the UK to treat Queen Victoria’s period pain.

Cannabis Legalization in the UK

Cannabis was made illegal in the UK in 1928 by following an international drug conference in Geneva when an Egyptian delegate convinced that cannabis was a threat to society and is as dangerous as opium.

But according to a report of the Wootton Report in 1968 concluded that there is no evidence that this activity is causing violent crime or aggression, anti-social behavior! Today, 50 years later, cannabis is still illegal in the UK but there’s a huge spike in interest towards CBD oil and hemp-infused products.

What is CBD Oil?

What is CBD Used to Treat?

CBD oil has the potential to treat mental health problems and is also useful in treating patients with psychotic symptoms like paranoia and anxiety as well as depression.

According to some sources, there is some published evidence that CBD has anti-cancer effects. While some report states that CBD helps in reducing cancer chemotherapy-induced nausea and vomiting.

Can CBD Oil Get You High?

No, it cannot get you high as it misses a crucial component that gives cannabis its psychotic effects which is the THC.

Is CBD Legal in the UK?

According to MHRA, if CBD is being advertised for medical purposes then it needs to be licensed. While the license for CBD oil is not yet granted in the UK. In simple words, CBD is technically legal in the UK as long as claims are not made about its medical benefits.

Best Way to Use CBD Oil

The best way to use CBD oil is to take it orally by holding it under the tongue for a few seconds before swallowing.

Actually, both are made from the same plant but the only difference is that CBD oil is made from the flowers, leaves, and stalks of the plant while the hemp oil is extracted from the seeds of marijuana.

However, if you are thinking “how to buy CBD oil in the UK?” then you can get it by simply visiting allabouthemp.co.uk.

Author Bio: Daniel Clark is a professional writer for health and nutrition. He covers health and other Live Science topics. In the above post, he is giving information about how to buy CBD oil and how it has been used in the treatment and management of various health conditions like cancer, epilepsy, and even arthritis.

Share
Previous Bubblers: Three Things You Need To Know
Next How to Care for an Elderly with Chronic Pain 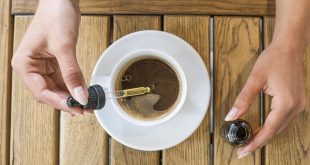 How To Incorporate CBD Into Your Health Care Routine