Breaking News
Home » Hemp/CBD » What is an Apothecary?

What is an Apothecary?

Did you know that the first apothecary shop dates back to 754 AD? It was run by the founder of chemistry!

Then, the word apothecary referred to a person who distributed medicine. However, today, we don’t refer to pharmacists as apothecaries but the word still exists. So, what is an apothecary in the modern world?

In this article, you’ll find the answer to this question and more information about the evolution of the apothecary, read on!

Early apothecaries were druggists who mixed herbs and other exotic ingredients to create folk cures. They might also use beeswax, animal fat, and other minerals to create their concoctions.

The word apothecary has some fantasy connotations these days, but in those days it was viewed as a scientific profession, much like we view pharmacists today.

But, in the early days, an apothecary shop acted as a doctor and pharmacist all in one. They would diagnose, prescribe, and mix the medicine for every patient.

The oldest record of apothecary medicine comes from ancient Egypt. The Papyrus Ebers is an apothecary guide that dates back to 1500 BC and contains almost 1000 recipes for treatments.

While the ancient Egyptians didn’t have apothecary shops yet, they did have traveling doctors who used the Papyrus Ebers and similar recipes to treat patients.

Ancient China, too, had a complex history of apothecary treatments. They classified herbs and compiled the Shen-Nung Pen Ts’ao Ching, a manuscript that outlines the herbs, ailments, and treatments of the time.

During the golden age of Islam, the first apothecary shop was founded. This period also saw some of the biggest breakthroughs in medical history, which were centuries ahead of their time.

These Islamic teachings finally reached Europe and gained steam as nuns began to adopt apothecary medicine. The Renaissance era saw these teaching spread all across Europe leading to a medical revolution.

The Makings of Modern Medicine

Soon, hospitals started incorporating apothecaries into the buildings, where they distributed medicine to patients. This began the separation of the doctor and pharmacist roles.

An apothecary also tends to focus on herbal remedies instead of modern medicines.

The shift came about during the industrial revolution. Thanks to new factories and the mass production of medical supplies, apothecaries were rendered obsolete in the face of the new, hyper-efficient, medical industry.

What is an Apothecary Today?

Today, you can still find apothecaries in your area by searching “apothecary near me.” In most cases, these will be either homeopathic stores or a CBD apothecarium.

The Evolution of the Apothecary Shop

Now you finally know the answer to, “What is an apothecary?” Apothecary medicine has a deep and fascinating history and has started some of the traditions of modern medicine that still exist today.

For more historical and health-related pieces like this one, check out our blog!

Share
Previous Preserving Your Health: 5 Alternatives to Smoking Cigarettes That Can Help You Quit the Nasty Habit
Next Does Marijuana Affect Your Sex Life? 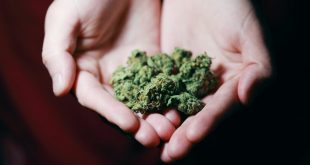 Why are More and More Smoke Shops Buying Hemp Flower for Resale?

Can You Smoke Cannabis Oil

How To Alleviate The Pain Of Arthritis 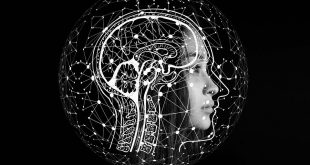 CBG vs CBD: What Exactly Is the Difference? 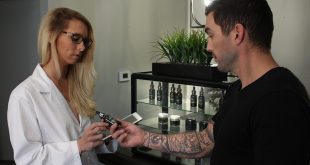 CBD Makes You Relaxed and Not Anxious: Here’s Why

What Beginner Smokers Should Know About Vaporizers

If you’ve never smoked cannabis before, vaporizers are a great way to start. There’s no …