US President and Genius Quotes on Hemp

“Two of my favorite things are sitting on my front porch smoking a pipe of sweet hemp, and playing my Hohner harmonica.”
"Prohibition. . . goes beyond the bound of reason in that it attempts to control a man’s appetite by legislation and makes a crime out of things that are not crimes. A prohibition law strikes a blow at the very principles upon which our government was founded"
– Abraham Lincoln

"Penalties against possession of a drug should not be more damaging to an individual than the use of the drug itself; and where they are, they should be changed. Nowhere is this more clear than in the laws against possession of marihuana in private for personal use… Therefore, I support legislation amending Federal law to eliminate all Federal criminal penalties for the possession of up to one ounce of marihuana."
– Jimmy Carter, U.S. President quote on Marijuana

"We shall, by and by, want a world of hemp more for our own consumption."
– John Adams, U.S. President quote on Hemp

"Hemp is of first necessity to the wealth & protection of the country."
"An acre of the best ground for hemp, is to be selected and sewn in hemp and be kept for a permanent hemp patch."
– Thomas Jefferson’s Garden book 1849

"When I was a kid I inhaled frequently. That was the point."
"The war on drugs has been an utter failure. We need to rethink and decriminalize our nation’s marijuana laws." -Barack Obama, January 2004
– Barack Obama, U.S. President quote on Marijuana

"The prestige of government has undoubtedly been lowered considerably by the prohibition law. For nothing is more destructive of respect for the government and the law of the land than passing laws which cannot be enforced. It is an open secret that the dangerous increase of crime in this country is closely connected with this."
– Albert Einstein quote on Hemp

"It really puzzles me to see marijuana connected with narcotics . . . dope and all that crap. It’s a thousand times better than whiskey – it’s an assistant – a friend."
– Louis Armstrong quote on Marijuana

"Why use up the forests which were centuries in the making and the mines which required ages to lay down, if we can get the equivalent of forest and mineral products in the annual growth of the hemp fields?"
– Henry Ford, whose first Model-T was constructed from hemp fibers and built to run on hemp gasoline

"The illegality of cannabis is outrageous, an impediment to full utilization of a drug which helps produce the serenity and insight, sensitivity and fellowship so desperately needed in this increasingly mad and dangerous world."
– Carl Sagan, renown scientist, astronomer, astrochemist, author and TV host

"That is not a drug. It’s a leaf,"
– Arnold Schwarzenegger, U.S. President Wannabe quote on Marijuana

Share
Previous Feds continue to Raid after Federal Congress passed Medical Marijuana Laws in Washington DC. Why?
Next OtherSide Farms on Hemp Radio – The SoCal Miracle via Cannabee & a Voice From The “Otherside” 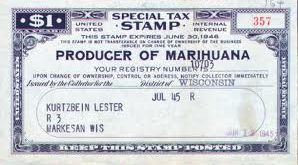 Christopher Columbus’s ships each carried over 80 tons of hemp rigging and sails. An early …