Cannabidiol (CBD) is a type of natural compound that is called cannabinoid. Cannabinoids are available in a plant known as cannabis. Cannabis plants are sometimes called marijuana or hemp depending on their level of THC. THC is responsible for creating a state of high in people. CBD can be taken from either hemp or marijuana plant.

The popularity of CBD has taken a huge surge in recent years. This is due to new researches that are exploring various health benefits of CBD.  According to Some researches, CBD oil and other CBD products are effective in dealing with the symptoms of depression. You must surely buy CBD oil online in the UK and elsewhere.

Depression is a common mental condition that can have a lasting effect on the health of a person. Furthermore, depression may negatively affect an individual’s ability to work, social life, and overall well-being.

Pharmaceutical drugs may be prescribed by a doctor to help a person manage or treat depression. However, many of such drugs come with bad side effects like sexual dysfunction, sleeplessness, and mood swings.

CBD has proven itself as a worthy alternative to pharmaceutical drugs. It can be used as an effective treatment for depression without undesirable side effects. The side effects of CBD are nonexistent or maybe very little.

According to the findings of a 2014 research, CBD appears to have an interaction with the brain’s serotonin receptors. This reaction which takes place is positive and it explains why CBD is effective in treating depression.

Serotonin has an impact on a range of body functions which include an individual’s emotional state. This affects the feelings of happiness or well-being. Keeping serotonin levels balanced is the key to dealing with depression.

What the Research Indicates

Despite various claims about CBD’s mental health benefits, one must understand that research regarding this is still limited. Many studies done on this topic have certain limitations. Further research is required to better understand the potential of CBD.

Testing in animal models has given evidence for the effectiveness of CBD in treating depression.

According to the authors of the 2014 review, a variety of studies indicate that CBD acts as an antianxiety and antidepressant compound in animal models of depression.

A note was also taken by the authors of a review from 2018 that many studies have shown the antidepressant and anti-stress activity of CBD in various animal models. The compound exhibits a clear anti-stress impact irrespective of whether it is used for the short term or long term.

The authors also discovered that the compound did not directly activate the brain’s endocannabinoid receptors. This is an indication that CBD has a far lower risk of becoming addictive.

Researchers also believe that CBD can diminish cravings in people suffering from opioid use disorder.

One study published in 2018 indicates that cannabidiol does not result in an increase in serotonin levels. Furthermore, it appears to work by affecting the way the brain responds to serotonin already present.

Most researchers conducting animal studies regarding CBD desire more direct research in humans. Nevertheless, the initial results are a big step forward towards forming an understanding of how CBD works in the body.

How to Make Use of CBD

CBD is available to be used in four formulations:

Orally: This includes sprays, capsules, tinctures, and oils. One can take these mixes as they are. They can also be used by preparations like coffee or smoothies.

Edibles: This involves various drinks and foods like CBD-infused gummies.

Vaping:  Vaping with CBD oil is a popular way of ingesting the compounds. There are some concerns regarding the safety of such oils. Therefore, you must buy CBD oil online in UK and outside it from reputable sources.

Topical: These involve CBD-infused creams, lotions, and beauty products. These products make CBD available so that one can apply it to the skin.

Possibility of Side Effects

Most available research indicates that CBD is well-tolerated and causes few side effects. However, this does not mean that people cannot experience any undesirable effects at all. Some possible side effects can be mood changes, appetite changes, drowsiness, and dizziness. However, the possibility of such side effects is very less and it differs from individual to individual.

Share
Previous Two New Ways to Enjoy Cannabis
Next CBD is Great for Sleep: Here’s Why 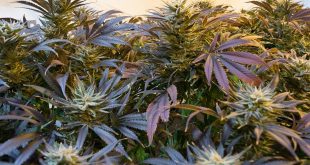 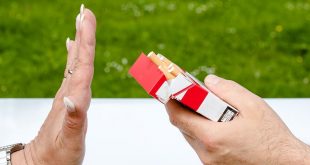