LOS ANGELES, Calif. – As debates over ballot measures to legalize marijuana heat up in Colorado, Oregon and Washington, a group of cops, judges and other law enforcement officers calling for an end to the war on drugs is holding a special sneak peek at Legalize It, a new documentary about Prop. 19, the 2010 California campaign to legalize and regulate marijuana like alcohol. On October 24, Law Enforcement Against Prohibition (LEAP), in conjunction with Willie Nelson’s Luck Films and award-winning filmmakers Dan Katzir and Ravit Markus, will host a special screening and discussion panel of the film at the Art Theatre of Long Beach.

For the documentary, filmmakers followed members of the campaign for eight months, documenting the unlikely alliances that developed and the minor victories and setbacks of the first serious effort to legalize marijuana in the United States. Legalize It is a sensitive and humorous behind-the-scenes look at a colorful campaign, the unlikely people running it and the disparate groups who both opposed and endorsed it. Several LEAP speakers appear in the film.

“In any battle, the people who go in first are going to take one hell of a beating. In the fight to legalize marijuana, the Prop. 19 campaign folks were those people. If and when ballot measures in other states succeed, it will be because these folks cleared the way.”
– LEAP Executive Director Neill Franklin

After the film, a discussion panel including a former LAPD deputy chief who appears in the documentary, drug policy reform advocates, local dignitaries and one of the film’s producers will discuss the Prop. 19 campaign as well as the current political outlook for similar efforts at reform.

See more about the film and its Long Beach screening at
www.leap.cc/california-benefit/.

Law Enforcement Against Prohibition (LEAP) represents police, prosecutors, judges, corrections officials and others who, after fighting on the front lines of the “war on drugs,” came to believe that prohibition only serves to worsen substance abuse and violence. More info at
www.CopsSayLegalizeMarijuana.com.

For media interviews with LEAP speakers appearing in the film or for media passes to the event, please contact Darby Beck 415.823.5496 or [email protected] 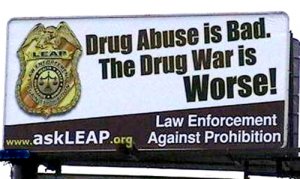 How to Find the Best Cannabis Lawyer?

Can You Safely Buy Weed Online In Your Country?

In the recent past, cannabis has received a wide range of public opinion. The usage …