(NaturalNews) The advent of the internet and the free flow of information that has enlightened the minds of millions, the mainstream media can no longer simply ignore or deny the truth about marijuana’s medicinal capacity.

This was made evident in a recent PBS documentary that highlighted marijuana’s ability to alleviate pain, treat epilepsy, and even cure cancer. But now that the cat is out of the bag, the stage is being set for Big Pharma to freely synthesize and patent marijuana’s healing components, not necessarily for the plant itself to become legalized.

Though mostly positive in its portrayal of cannabis, the PBS report does contain some sound bytes from Dr. Eric Voth, Chair of the Institute on Global Drug Policy, a longtime, and very outspoken, opponent of medical marijuana. But all in all, the documentary is a compelling and highly-informative piece that may help to eventually turn the stigmatic tides of fear and superstition that surround this taboo plant.

In the piece, a PBS interviewer speaks with an anonymous woman from Montana who has essentially cured her epilepsy by eating raw marijuana butter. The woman moved from her unidentified home state, which does not allow for the use of medicinal marijuana, where a law was passed in 2004 that permits doctors there to recommend medicinal marijuana to their patients.

“I used to be on approximately 14 different prescriptions and I would still have up to 12 seizures a day,” says the woman to the PBS reporter. “I used to take two handfuls of pills. No more. I’m not using [marijuana] to get any psychological effects off of it, I’m just eating the butter raw with bread.”

She goes on to say that she had tried virtually every anti-epileptic drug on the market, but to no avail. Of all the treatments she has tried, raw marijuana butter, which is completely natural and free of both toxic and synthetic additives, has been the only one to provide real benefits. And as an added bonus, there are no harmful side effects associated with the consumption of raw marijuana butter like there are with anti-epileptic drugs.

Conventional medicine is unable to grasp the concept of synergistic medicine

Dr. Voth’s argument against marijuana in the PBS piece is prefaced with his opinion that because the US Food and Drug Administration (FDA) has not proven the plant to be safe and effective, it is not a real medicine. But the reason for this, as most NaturalNews readers already know, is not because marijuana is unsafe or ineffective — it is because whole marijuana cannot be patented by drug companies, which pay millions to get their drugs approved, and thus keep the FDA in business.

But what is even more disturbing is Dr. Voth’s total failure to understand the concept of synergistic medicine, or the benefits that can be derived from consuming a whole plant or herb rather than just its so-called “active components.” Dr. Voth laments the fact that people who smoke or consume medical marijuana are exposing themselves to dozens of different cannabinoids and various other substances, rather than just an extract of tetrahydrocannabinol (THC), for instance.

In the mind of Dr. Voth and conventional medicine, only an “active component” that has been individually tested and shown to produce a specific, measurable effect by itself is considered a valid medical treatment. Consuming a whole herb or plant to treat disease, on the other hand, is a foreign concept to people like Dr. Voth who simply cannot comprehend the idea that the multitude of components found in medicinal foods and herbs work in tandem with one another to produce a synergistic benefit. And such components might not be as effective — and may even be harmful — if they are removed from the others and isolated, or created synthetically.

“Marijuana contains anti-inflammatory, antioxidant, and probably anticancer compounds in it,” adds Dr. Donald Abrams, an oncology physician and professor of clinical medicine at the University of California, San Francisco (UCSF). “I’m a cancer doctor and I often suggest to my patients that they consider marijuana for their loss of appetite, nausea, pain, depression, and insomnia. That’s one medicine they can use instead of five.”

But Dr. Voth insists that medical marijuana as we currently know it is potentially dangerous, and the only way it should ever be used is in an isolated drug form. From this platform, of course, Big Pharma is given the green light to extract, manipulate, synthesize, and otherwise tamper with marijuana in its pure form in order to produce a patented version of marijuana’s active components.

Despite all the ballyhoo from marijuana naysayers, though, the truth still remains that whole marijuana has demonstrable medicinal properties. And the plant works differently from conventional medicine in that it is effective without producing dangerous side effects. Even the US Institute of Medicine (IoM) has confirmed that marijuana in its natural form is therapeutic, particularly for epileptics, having released two separate reports on the subject.

You can view samples of those two IoM reports at the following links:

Marijuana and Health: Report of a Study

Marijuana and Medicine: Assessing the Science Base

And based on numerous patents filed by drug companies for synthetic and isolated component versions of marijuana, the plant apparently has the ability to treat “almost everything,” according to PBS. These include its ability to treat multiple sclerosis (MS), Alzheimer’s disease, rheumatoid arthritis, Parkinson’s disease, Tourette’s, epilepsy, heart disease, obesity, mental illness, and cancer.

Thus, drug companies want marijuana all to themselves because they know how effective it truly is. And they have worked hard to effectively block its legalization in whole form in the hopes that it can eventually corner the market on patented drug versions, which of course have the potential to reap billions of dollars in new revenue.

Again, be sure to check out the complete PBS excerpt on marijuana for yourself at:
http://video.pbs.org/video/2103797319

And to learn more about marijuana, visit the NaturalNews archives at:
http://www.naturalnews.com/Marijuana.html 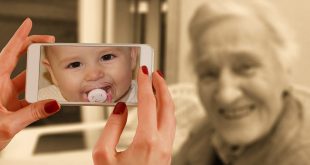 7 Ways to Fight the Signs of Aging

Rheumatoid arthritis (RA) is a lifelong condition that cannot be cured; however, its debilitating symptoms …