The active ingredient in marijuana that produces changes in brain messages appears to fight atherosclerosis — a hardening of the arteries.

But puffing pot probably won’t help. The findings, reported in the journal Nature, “should not be taken to mean that smoking marijuana is beneficial for the heart,” says Michael Roth, MD, a professor of medicine at UCLA medical school.  See Rick Simpson Oil.

It takes a very specific amount of THC — marijuana’s key chemical — to help the arteries. That dose is too low to produce mood-altering effects in the brain, according to the new study.  See Rick Simpson Oil.

“It would be difficult to achieve such specific concentrations in the blood by smoking marijuana,” Roth explains in a Nature editorial.  See Rick Simpson Oil.

Smoking Pot: Bad for the Heart?

Smoking marijuana can speed up the pulse and raise blood pressure (followed by a sudden fall upon standing or walking), Roth notes.

“These effects lower the exercise threshold for chest pain [angina], and are an independent risk factor for heart attack and stroke,” he writes. Inhaling marijuana smoke can also impair oxygen delivery via the blood, says Roth.

The best way to take advantage of THC’s artery-protecting effects may be by developing new prescription drugs “rather than using marijuana or oral THC as medicines,” he writes.

The new study was conducted on mice, not people. First, mice went on an 11-week fatty diet designed to clog their arteries. For the last six weeks of the diet, some mice also got an orally administered low dose of THC along with the high-fat food.

Afterward, the mice who had received THC had fewer signs of atherosclerosis. None of those mice died during treatment or showed unhealthy behavior, says the study.

The results may be due to THC’s anti-inflammatory properties, write the researchers, who included François Mach, MD, of the cardiology division at University Hospital in Geneva, Switzerland. Inflammation has been shown to be associated with the development of atherosclerosis.

The researchers took a closer look at THC. They knew the chemical has two receptors, called CB1 (mainly found in the brain) and CB2 (mostly found outside the brain).

When they used another drug to block CB2 receptors in the mice, THC couldn’t protect the animals’ arteries. As for the CB1 receptors, the THC dose used in the study was too low to affect them, so no “high” was created. 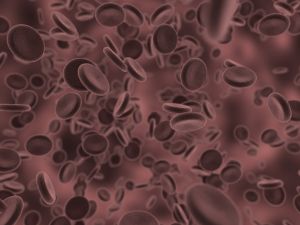 The Cannabinergic System as a Target for Anti-inflammatory Therapies
http://www.ingentaconnect.com/conten…00013/art00008

Quitting anything you spend a lot of time doing can be a real challenge, so …