How can the Cannabis Industry Overcome ‘Stoner’ Stigma Stereotypes

As the 1930 brought various “brainwashing” propaganda about marijuana and it’s evil ways, so did a long lasting negative stigma carry on all the way to the modern day; the stereotype that marijuana smokers are pot heads, stoners, dirty hippies, lazy, no job, stupid and unsavory.

The negative stigma is a dark cloud casting a shadow over the medical and recreational marijuana industry.  Whether marijuana is for health or pleasure, society has frowned upon it.  It’s a hurdle that the cannabis industry strives to overcome.

It’s a difficult hurdle to overcome, while society still frowns upon slang terms and the stereotype stoner image.  The best way to overcome it may be to create a whole new image and market for it.  Eliminate the slang terms, the stoner image, and give way to a clean, scientific, medical and legitimate industry.  While there will always be a crossover between medical marijuana and recreational use, legitimate medical marijuana businesses aren’t selling product for having fun, but to treat an ailment, cure a disease or other condition.  The ultimate goal is meant to provide therapy, and not a “totally radical, trippy” result.

While there are those who do give the industry a bad image, there is “the otherside”, who legitimizes the industry.  There is your Sanjay Gupta, your U.S. Presidents, celebrities, and other endorsers.  There is the actual truths about why cannabis is illegal in the first place, to the various textiles and products it can produce, to the millions of patients being cured of cancer or treating various diseases being widely shared on the Internet and widespread videos on Youtube.

Many successful marijuana businesses including recreational are embracing a slang free philosophy when it comes to their marketing.  Clothing companies like Lavishstoner.net, give off a clean, trendy image not typical of your stereotype stoner.   Dispensaries treat their product like actual medicine and refer to their customers as patients.  It helps give them legitimacy,  that they are in it for the right reason, and their medicine is safe and effective.

Various states are setting in place their own rules in regards to marijuana advertising.  As various states lead the way for the marijuana industry, so have they had to give discretion to marijuana advertising.  As marijuana is still illegal federally, states have set forth rules to keep advertising local.  There is a limit and rules to advertising on billboards, Internet, and TV.   Rules such as these help to ease marijuana into the mainstream, without the shock that our “brianwashed” society might feel having been fed a negative attitude growing up, but eventually should make their way to be more mainstream as the industry continues to grow and be accepted.

Marijuana legalization has made way for huge industry tradeshow events, with huge turnouts and hundreds of participating businesses.  The industry no longer hides behind the shadows.  It is only a matter of time before big brands make their way into the mainstream and the once negative perception will be a neutral part of everyday life. 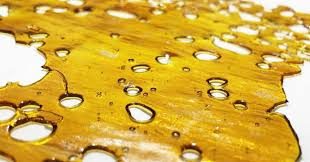 Your Guide to Marijuana Concentrates

The Biological and Effective Differences of Sativa and Indica 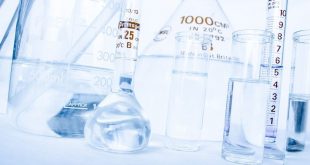 What is Involved with Cannabis Extraction?