If you are someone always on the lookout for herbal or natural ways of treating any ailment, it’s likely that you have come across CBD oil and Kratom. As more people are beginning to get interested in these natural plants, it is important to take a close look at these plants with a view to examining the possible dangers using them may portend.

Cannabidiol, shortened to CBD is an extract from the cannabis plant. While it accounts for about 40% of the extracts from the plant, it is just one of the over 110 different types of cannabinoids found in it.

CBD has become so popular today because a lot of health benefits have been attributed to it. Top among these benefits include its effectiveness in pain management, fighting and preventing cancer, improving cardiovascular health, treatment of anxiety and depression and dealing with neurological disorders among many other such benefits. You can read about it here.

Kratom, known by the botanical name of Mitragyna speciosa is a tree in the coffee family. This tropical tree is traditionally found in Southeast Asia; Indonesia, Thailand, Papua Guinea, Myanmar and Malaysia to be precise. This plant is said to possess a stimulating as well as an opioid effect.

As far as we know, the leaves of this tree have been used for over a century by the natives as a traditional treatment for pains. Workers in these areas have also been known to take it to harness its stimulating properties to enable them work for longer hours.

When a high dosage of this leave is taken either by chewing the leaves, straining and drinking the juices or smoking the dried leaves it has an opioid-like effect. However when taken in small doses, it has a stimulating effect.

What Health Dangers are Associated with these Two?

There have been not a few concerns as to the short term and possibly long-term effects of taking these so-called natural treatments. People are seeing the numerous health benefits that these two offer and are constantly visiting sites like cbdkratomexperts.com to get them. However, a lot of these folks also want know if there are dangerous side-effects that may make these health benefits not worth it.

To try to answer these questions, we shall look at some of the known side effects that have been reported for each of the two plants.

Despite the huge health benefits credited to CBD, there are a number of side-effects that have also been recorded. These include: anxiety, changes in appetite, mood swings, diarrhea, dizziness, drowsiness, dry mouth, nausea and vomiting.

Aside from those listed above, there are also concerns of inflammation or damage to the liver. This is as a result of liver enzyme levels increasing.

After U.S. poison centers received calls from about 263 individuals who took products which had kratom as one of its ingredients and other such complaints, the FDA in 2018 advised that consumers stay away from kratom or any product that contains it.

The FDA also directed that kratom should not be used as a substitute for prescription opioids. However, the FDA has not brought out any official studies that clearly show definitive proof of the dangers of using this plant.

That said, there are a few short-term and long-term side effects that have been recorded among frequent users. Top among the greatest possible side-effects is the possibility of addiction. Though this is said to be scarce, it appears to be a possibility. This may be tied to the dosage that is taken.

You can get more details here: https://www.everydayhealth.com/kratom/risks-side-effects/.

There is no doubt that these two plants possess health benefits. It is however important that they are not abused. Consult professionals for guidance on how best to use them so that you can enjoy the full benefits while minimizing the risks.

For both CBD and kratom, pregnant women are advised against using them.

Share
Previous Does Really Using Medical Cannabis Helps You to Get Rid of Flu or Cold?
Next Health Benefits of CBD 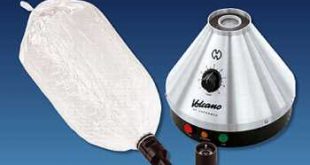