The study of cannabinoids is fascinating because it sheds light on the body’s endocannabinoid system (ECS). What exactly are cannabinoids? A large variety of these chemicals can cause cannabis-related effects.

It is well-known that THC and CBD have therapeutic effects. CBC Wholesale and other cannabinoids also affect the ECS. A state of equilibrium gets maintained in your body through the activity of cannabinoids and their receptors.

It gets widely accepted that Cannabichromene (CBC) is a non-psychoactive derivative of Cannabigerol, which get regarded as the progenitor of all cannabinoids in general. Decarboxylation of CBCa (cannabichromene carboxylic acid) from CBGa (cannabigerol acid) results in this CBC extract.

Only pure cannabichromene can get found in an isolated CBC product without other cannabinoids, flavonoids, terpenes, or terpenoids. A product with a concentration of 95-99 percent cannabidiol (CBC) gets produced by stripping the CBC isolate of all secondary cannabis components.

It would help if you used our CBC Isolate to expand your product line to include CBC goods. As a result of its high purity, CBC isolate can get dosed precisely and efficiently incorporated into other products.

Cannabinoids like CBC are becoming more and more popular. The complete spectrum of cannabinoids, not only CBD, will be more in demand as people learn about the benefits of new cannabinoids.

CBC Isolate reduced osteoarthritis pain in 2011. Like many cannabinoids, CBC Isolate has a different anti-inflammatory effect than NSAIDs.

CBC Isolate and THC created an entourage effect, according to a study. Compared to each cannabinoid alone, this had a higher anti-inflammatory impact.

CBC Isolate won’t make you a genius overnight, but it will encourage neurogenesis. The researchers studied adult mice neural stem progenitor cells (NSPCs) outside the body. They found that these cells transform into other cells, aiding brain growth and recovery. According to the study, CBC Isolate boosted NSPC function.

We’ve heard THC and CBD can help with anxiety and sadness for a while. However, CBC Isolate seems to have a similar effect. Stress is a significant cause of depression. With THC and CBD, CBC Isolate is the most effective depression treatment.

In 2008, Italian and British scientists found that CBC Isolate and other cannabinoids are as effective against MRSA as antibiotics like Vancomycin. Furthermore, cannabinoids have few side effects.

CBC Distillate can get used in a wide variety of ways. It can get eaten as is or combined with various other ingredients to create a unique blend.

It is possible to use distillate to make topical or consumables. Dilution allows for the rapid incorporation of desired cannabinoids into an edible composition. When preparing the edibles at home, start with minimal oil dosages about 5 milligrams per serving, and work your way up to the desired taste and intensity.

It is also possible to swallow distillates sublingually or under the tongue. Topical, which are applied directly to the skin and absorbed via the skin, can also use this oil type.

You can use a portable vaporizer rated for use with concentrates to ingest distillates. You may even use a distillate cartridge and a vape pen to inhale them. Dissolved distillates can be vaped or dabbed, and their effects can be felt instantly, depending on the flavor.

You can alleviate anxiety and depression by taking CBC.

CBC has to get shown to be effective in the management of pain. When combined with CBD and THC, the anti-inflammatory properties of CBC could provide a potent anti-inflammatory. CBC has the potential to influence the receptors involved in pain detection and temperature regulation in the body.

CBC, a cannabinoid other than THC, was found to be the second most effective cannabinoid for preventing the growth of new cancer cells in a study. The anticancer chemicals CBC and CBG were potent in this research.

CBC’s ability to raise the body’s level of anandamide may account for some of its effectiveness in fighting cancer. For example, anandamide is a neurotransmitter that significantly impacts mood and other essential activities.

Increases in the body’s anandamide levels, such as those caused by THC, may need to be avoided by patients with estrogen-positive breast cancer. While CBD and CBC may reduce THC’s estrogen-inducing effects, the cancer-defeating characteristics may remain intact.

Cannabidiol (CBC) and other cannabinoids have to get shown to fight breast cancer both in vitro and in vivo, suggesting that cannabinoids may be able to prevent cancer from developing in the first place. It’s possible that combining CBC with CBD and THC could be a powerful cancer-killing combination.

Has the Potential to Improve Neurological Condition

The chemical CBC has shown much promise as a supplement for healthy brain function.

According to a 2013 study, CBC positively affects the cells in the developing child’s brain and plays an essential function in adult memory and learning.

Neurological diseases and brain pathologies such as Parkinson’s disease, Alzheimer’s, MS, and traumatic brain damage could benefit significantly from the therapeutic qualities of CB2 (TBI).

You can reduce acne

The anti-inflammatory properties of CBC are similar to those of CBD. CBC also suppresses excessive sebaceous gland lipid production, as does CBD. Clogged sebaceous glands often cause acne outbreaks, and CBC may help clear those out. 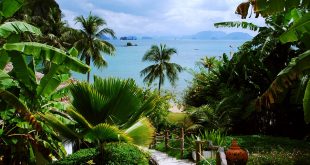 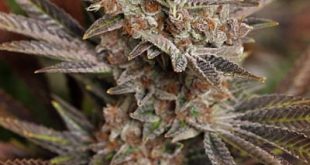 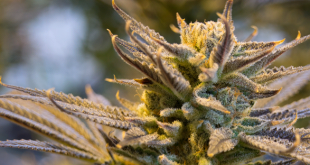 The global demand for cannabis products grows at an amazing rate every year. With a …