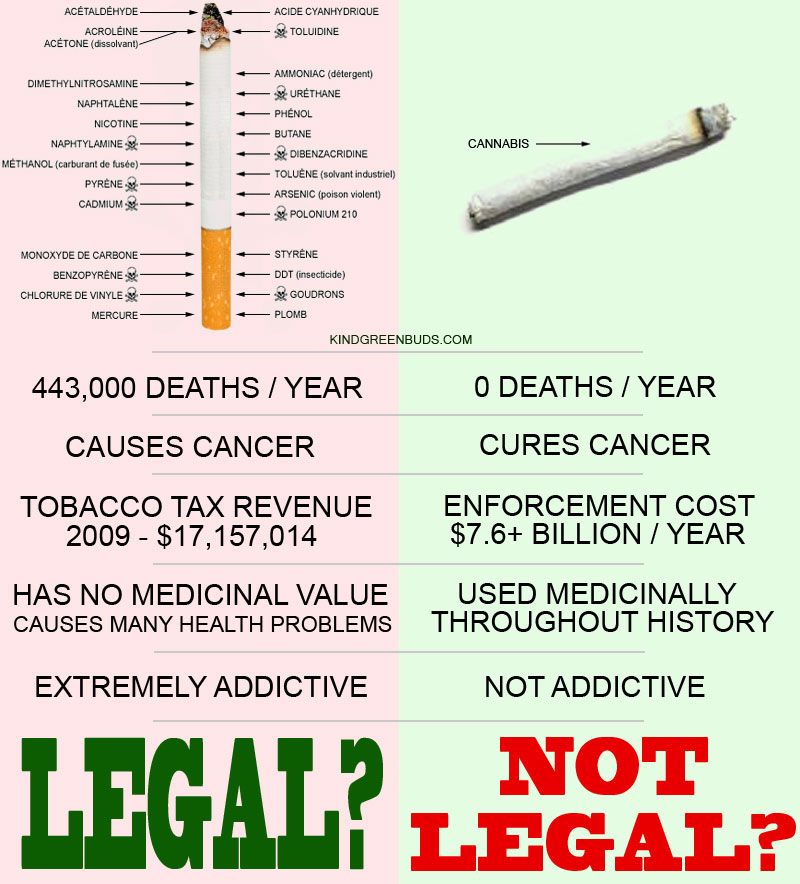 While nicotine and THC can act on related cellular pathways, they bind to different receptors to activate these pathways. The cells of lungs and the respiratory passages are lined with nicotine receptors, but do not appear to carry THC receptors. This explains why cannabis smoking has not been associated with lung cancer, a main cause of death from cigarette smoking.

Cannabis has also been shown to kill cancer cells and to reduce tumour growth, in part by reducing the formation of blood vessels that feed tumours. But “the effects of cannabinoids are complex and sometimes contradicting”, warns the author. In addition, as cannabis is frequently smoked with tobacco, the effects of the two drugs may interact in complex ways.

Cannabis is a class C drug in the UK and the USA. It has been linked to an increased risk of psychosis and schizophrenia, in a small group of vulnerable individuals. But there is increasing evidence that the drug has significant medicinal uses and can greatly improve the lives of patients suffering from a wide range of conditions, including multiple sclerosis, AIDS, Alzheimer’s disease and insomnia. In spite of this, governments have been reluctant to legalize cannabis for medical use, on the grounds that the risks associated with the drug still outweigh its benefits.

First off, this article does not promote drug use.  So, it’s time you to start …