The increase in MRSA infection in UK hospitals is a growing concern for both doctors and patients alike, but according to an American based company an effective, cannabis-based disinfectant is available to fight the super-bug.

Disinfectant – A Huge Market
UK Children of the 70’s and the 80’s will be well familiar with the famous Domestos bleach TV adverts which ran for a couple of decades.

Much as they do today, animated germs and bugs ran riot across our screens (and down our toilet bowls), and the unbeatable bleach product would swing in as our saviour, and that of our families and young children.

Today, disinfectant is a huge consumer market, which sees shoppers spending millions of pounds sterling every year on liquid for the toilet, for the kitchen sink, and of course, the new generation of bleach/disinfectant wipes and sprays, used to protect our families from cross-contamination on the kitchen work-tops and food preparation areas.

If only we could kill germs and bugs as efficiently in our hospitals, right? Well apparently we can, according to a study which says Cannabis has shown “Exceptional” antibacterial activity against MRSA.

But the truth is no-one wants us to know about it. At the behest of a government which is dead set against any positive news regarding cannabis being released for general consumption, the press simply refuses to tell us about it.

But thankfully thats not the case in America.

Cannabis Science Inc
Dr. Robert Melamede, PhD., Director and Chief Science Officer for American based Cannabis Science Inc, reported recently on the current state of research into the use of natural plant cannabinoids to reduce the spread of drug-resistant bacteria, including methicillin-resistant Staphyloccus aureus (MRSA), and the prospects for development of topical whole-cannabis treatments.

According to studies published in the Journal of the American Medical Association and by the Center for Disease Control in 2007, MRSA is responsible for more than 18,500 hospital-stay related deaths each year, and increased direct healthcare costs of as much as $9.7 billion.

Share
Previous Is Synthetic Urine The Best Way To Pass A Marijuana Drug Test?
Next Why Rosin is the Preferred Cannabis Concentrate 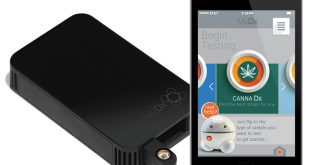 Vaporizers have been around for many years. When the new form of vaporizers came out …