Binge alcohol consumption in the rat induces substantial neurodegeneration in the hippocampus and entorhinal cortex. Oxidative stress and cytotoxic edema have both been shown to be involved in such neurotoxicity, whereas N-methyl-D-aspartate (NMDA) receptor activity has been implicated in alcohol withdrawal and excitoxic injury. Because the nonpsychoactive cannabinoid cannabidiol (CBD) was previously shown in vitro to prevent glutamate toxicity through its ability to reduce oxidative stress, the study evaluated CBD as a neuroprotectant in a rat binge ethanol model. When administered concurrently with binge ethanol exposure, CBD protected against hippocampal and entorhinal cortical neurodegeneration in a dose-dependent manner. Similarly, the common antioxidants butylated hydroxytoluene and α-tocopherol also afforded significant protection. In contrast, the NMDA receptor antagonists dizocilpine (MK-801) and memantine did not prevent cell death. Of the diuretics tested, furosemide was protective, whereas the other two anion exchanger inhibitors, L-644,711 [(R)-(+)-(5,6-dichloro2,3,9,9a-tetrahydro 3-oxo-9a-propyl-1H-fluoren-7-yl)oxy acetic acid] and bumetanide, were ineffective. In vitro comparison of these diuretics indicated that furosemide is also a potent antioxidant, whereas the nonprotective diuretics are not. The lack of efficacy of L-644,711 and bumetanide suggests that the antioxidant rather than the diuretic properties of furosemide contribute most critically to its efficacy in reversing ethanol-induced neurotoxicity in vitro, in our model. This study provides the first demonstration of CBD as an in vivo neuroprotectant and shows the efficacy of lipophilic antioxidants in preventing binge ethanol-induced brain injury.

Cannabis as a Substitute for Alcohol
http://ccrmg.org/journal/03sum/substitutealcohol.html

The endocannabinoid signaling system: a potential target for next-generation therapeutics for alcoholism
http://www.pubmedcentral.nih.gov/art…?artid=1975858

Share
Previous Best Marijuana Strains For Relieving Pain
Next Marijuana: Since 8000-5000 BC 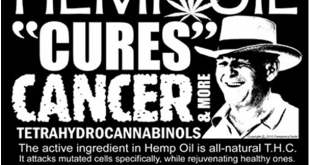