The cannabis plant is a plant so iconic and so deeply ingrained into popular culture that there are over 1,200 different slang words for it. It’s been vilified, criminalized, tolerated, and then slowly de-criminalized again over the course of just a few generations.

The cannabis plant has now been legalized for recreational use in 19 states across the US. If you’re new to the world of cannabis, then you might be interested to learn some fascinating marijuana facts.

We’ve got you covered.

People Have Been Using it For Over 2,000 Years

You won’t be the first person in history to wonder how to use cannabis. The marijuana plant has been consumed by humans for over two millennia.

The first recorded instance of cannabis being grown was found on the eastern portion of the Tibetan Plateau. And the first recorded psychoactive use is thought to be 2,000 years ago in the Pamir Mountain Range of Western China.

The villagers in this part of China would harvest the leaves and boil them to make tea.

There are Over 100 Cannabinoids in a Cannabis Plant

You’ve probably heard of THC, which is the psychoactive component cannabinoid found in the cannabis plant.

However, as research continued into cannabis consumption, more and more cannabinoids were found. Researchers have found that there could be upwards of 100 different cannabinoids found in the many cannabis strains that are commonly cultivated.

Not all of these cannabinoids are psychoactive, and a lot of them, like CBD and CBN, are used for different purposes. Head over to Harvesthoc.com to check out some great cannabinoid products.

George Washington was a Grower

Yes, that’s right, the father of the nation himself was a cannabis grower. Here’s some context for anyone that might be a bit confused.

There’s no evidence that Washington ever smoked any of his crops, but he regularly mentioned his hemp growing in his diaries and assorted writings. He most commonly used it to make rope for his fishing fleet.

Bob Marley was Buried With a Bud of Cannabis

Bob Marley was a legendary reggae musician who was catapulted to international stardom in the 1960s and 1970s. He was famed for his easy-going nature, soulful singing voice, and devotion to the Rastafarian religion.

Rastafarianism holds marijuana in high regard, considering it to be a holy plant that brings you closer to God. Marley held this belief so strongly that when he died of cancer in 1981 he was buried with three items: his guitar, his bible, and a bud of cannabis.

Morocco Produces More Marijuana than any Other Country

There’s a common misconception that because of the reasons in the entry above, Jamaica is the world’s biggest producer of cannabis. Others would guess the Netherlands because of the coffee shops of Amsterdam.

The actual biggest producer of cannabis in the world however is Morocco. Hashish, a concentrated form of cannabis made from compressed resin, is an integral part of Moroccan culture and is widely tolerated by law enforcement because of the money it brings in for the country.

Cannabis is a Fascinating Plant With a Rich History

Selecting just five facts for this article was tough. The cannabis plant is so rich in history and cultural significance that it’s impossible to fit all the incredible things about it into one article.

Has this article left you reeling for more great cannabis content? Stick around and take a look through some more of the amazing articles on this website.

Share
Previous What is the Difference Between Edibles and Tinctures?
Next Cannabis Growth Stages and Processing Equipment 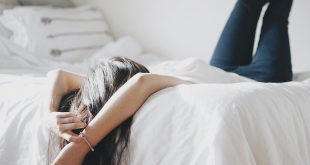 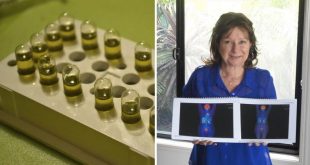 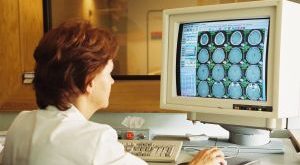 No matter what age we are, we are taught to practice good health habits. If …